Three ingredients for a No Money Down Deal – Property Development 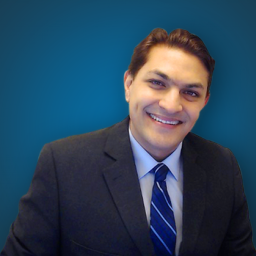 If they know, trust and like you, you can do a no money down deal, no problem. What goes behind know, trust and like is a whole lot of different things that a lot of people don’t talk about. I just wanted to touch on that, because strategies are ever evolving. Once upon a time when there weren’t a lot of developers in the market and the property market wasn’t as buoyant as it is now and is going to be in the near future. Not only in the near future I think the property market is going to be very strong for a next decade or two. Of course there are cycles in the market that’ll come and go, but Australia’s got land. Australia’s got a lot of land and Australia still has a lot of potential for developments.

The conventional wisdom says you go into a JV with the landowner who doesn’t know anything, you have all the skills of how everything works, so you leverage off the equity that’s already in the land. Look, those days are gone. I think for smaller project especially. This still probably happens with large parcels of land and I’m pretty sure that it does happen when you leverage off the land. I think the vendors; the landowners are a lot smarter than they were 10 years ago. These days everything is available on the Internet. Don’t think that the extra bit of information that you have will give you an edge.

A lot of landowners these days with smaller projects, four townhouse, six townhouse projects, they know what their land is worth. What’s happening these days is that a lot of people say “Oh, my land is $1.2m, why? because you can put four townhouses on it and that’s why it’s $300,000 a townhouse, that’s what you can pay. They’ve already taken that uplift that we use to get long time ago just by getting a permit. That doesn’t happen anymore.

How do you build that? Well, how do they get to know you if they see you again and again and you go and meet them, you spend time with them, try and build a rapport with them. It’s not as simple as just walking in and asking them “What do you need?” No, it doesn’t work like that. You’ve got to be able to have that kind of rapport with the landowner or even with the builder and so on.

There are lots of no money down deals that builders do where they build on the land and they get the money out and everything, but they are builders and we are not builders. We are developers who basically want to do these no money down deals, without actually doing the building ourselves, because there is still room for us to move. The only way you can do that is if they know, trust and like you.

How do they trust you? They can trust you if you’ve got a good track record. If you haven’t got a good track record, how do you do that? Well, you start with a smaller development. You do that development, you do another smaller development, you do another development and so on. Or you are working in the industry day in and day out, you go to all the networking events so you can show some level of knowledge. Basically what I’m saying is with know trust and like you, that know and trust can only come by building rapport and the trust can only come if they see that you have all the skills and all the knowledge that you need in order to actually execute a development.

That’s how I’ve done my no money down deals. Where I spend a lot of time just educating myself, I spend a lot of money just educating myself. If you are in the industry where this is what you want to do … I get calls from people saying “I’m so passionate about property. I just want to do this full-time.” Of course you want to do this full-time, everybody wants to do it full-time because everybody thinks that grass is greener on the other side. Yes, the grass is greener on the other side if you are proactive, if you take action everyday, if you don’t get bogged down by the snags you hit along the way and so on.

Make sure you spend time in getting to know the landowner if you have to do a deal with the landowner. Make sure you spend the time building the rapport with the builder if you want to do a no money down development with the builder. Make sure that if you are looking for a money partner who can do a project with you, who don’t have the skills and you bring the skills and you can do a development together, you need to make sure that you spend the time with them to show them that first, you are capable of doing all of that. Second, you build that rapport with them.

That’s my tip of the day. The reason I thought of recording this video was because somebody posted a comment in the group and then took it off before I even got time to actually read the whole thing. I actually read the thing and I was going to my side, preparing for a progress claim, the QS was coming to the site, so I didn’t actually get time to respond to it and they took it off thinking that no ones responded to it. There’s no harm in putting that comment back in and I’ll address it basically. I’ll catch you next time.

No Money Down Deals

How to Control Property with little money?

The Truth about Property Investment